Happy Sleepy is an art collaboration by Canadian artists Marc Ngui and Magda Wojtyra. We cope with the intensity of our times by telling stories of the hero's journey and using beauty to pull deeply into the now. Through our art we homestead the future we want to live in, one where cheerful people make brave decisions and consciousness change is key to personal fulfillment and social harmony. 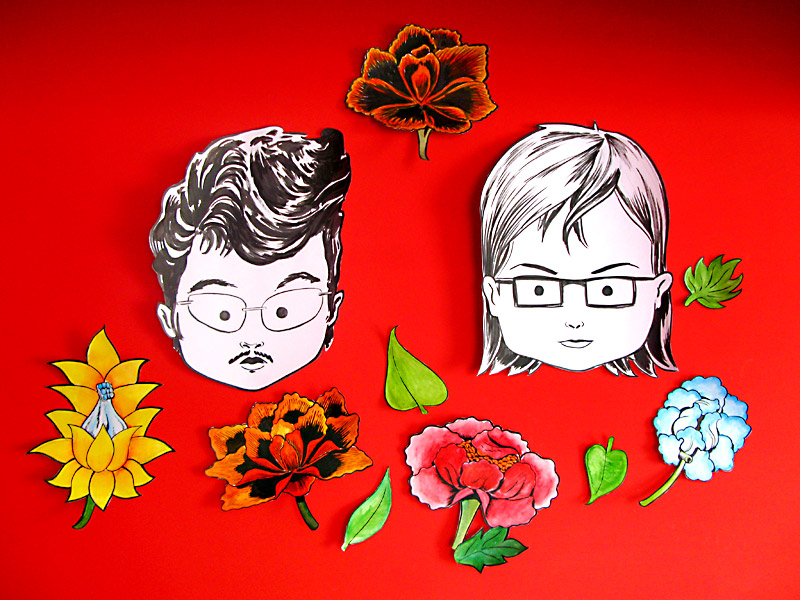 Happy Sleepy tumble and surf patch made in Arumbol, Goa, India from a drawing by Marc.

We have been together as a couple since 2000 and we delight in combining our huge range of digital and analog art making skills to produce colorful and thematically flamboyant paintings, textile art, animation, soft sculpture and toys, photos and digital art, installations and video. We also work together on design projects, like websites and exhibitions, for mostly educational and non-profit sector clients.  Our individual and collaborative work has been exhibited and published in Canada and internationally.

We both studied architecture at the University of Waterloo, were Toronto based for 6 years, then went nomad (see Internet on the Beach). The long term travel gives us freedom to explore in depth our favorite ideas, especially models of human consciousness and evolution. 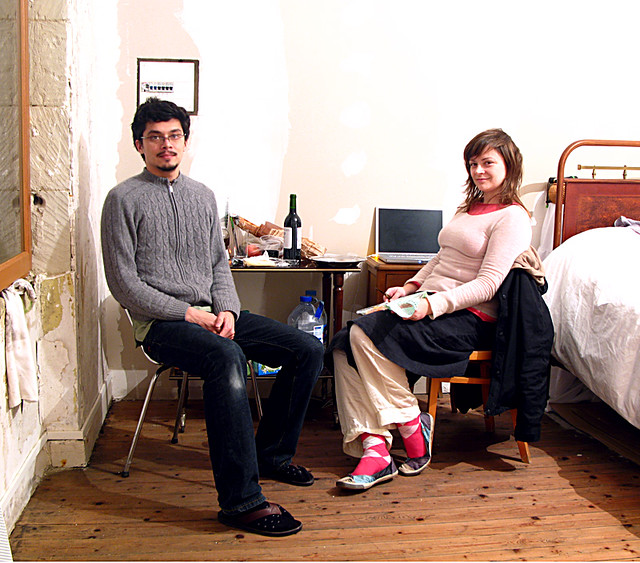 Internet on the Beach

Dedicated to DIY and lifelong learning, in 2005 we gave up our Toronto home and possessions and took up a nomadic lifestyle as art project, dubbed Internet on the Beach. We wanted to experience the techno-nomad existence and to push the boundaries of freedom through technology, see just how far the network goes. Turns out it’s pretty far! And it also turns out that it’s far cheaper to travel full time than to live in a first world city…

During those 5 years we went to 13 countries, always on long-term visits ranging from a few weeks to a few months, including Vancouver, Montreal, and rural Ontario; surf enclaves and coffee mountains in Central America, beaches and cities of South East Asia, a year in the French countryside with chickens and side trips to Rome, Berlin and Amsterdam, 4 months in south India, a month oggling thanka paintings in Kathmandu, 5 months in California, and concluded with a giant road trip from Los Angeles to Toronto. Phew. There are photos from our travels on Flickr. It was inspiring.

In 2012 we lived in a mansion apartment in Cambridge, Ontario, while producing Let’s Glow, a mixed media solo show for the nearby Kitchener Waterloo Art Gallery.

We then rehomed in Toronto for 4 years to produce and exhibit new work, including for Eutopia at the Textile Museum of Canada

Most recently we have lived in Mexico for 18 months and currently we are establishing a new home and studio base in Windsor, Ontario.

"The point is, art never stopped a war and never got anybody a job. Art cannot change events. That was never its function. But it can change people. It can affect people so that they are changed… because people are changed by art – enriched, ennobled, encouraged – they then act in a way that may affect the course of events… the the way they vote, the way they behave, the way they think.”
– L. Bernstein

Marc Ngui (born Guyana 1972, grew up Windsor, Ontario) believes DIY is the way to go and has been making zines since 1989. He divides his energy equally between his inkwell and his digital drawing tablet.

These days Marc’s main ongoing project is to spearhead the Future Parfait project, researching and illustrating the psychological, structural, and social underpinnings of a successful, sustainable eutopian city.

Under the name of RNA Studio Magda designs websites and visual identities for educational, research, and small business clients. Most noteworthy (read: most fun)  are the zany websites for biochemistry research labs at various universities.

These days the work is focused on the mandalas, an iconic motif of the overall Future Parfait project. 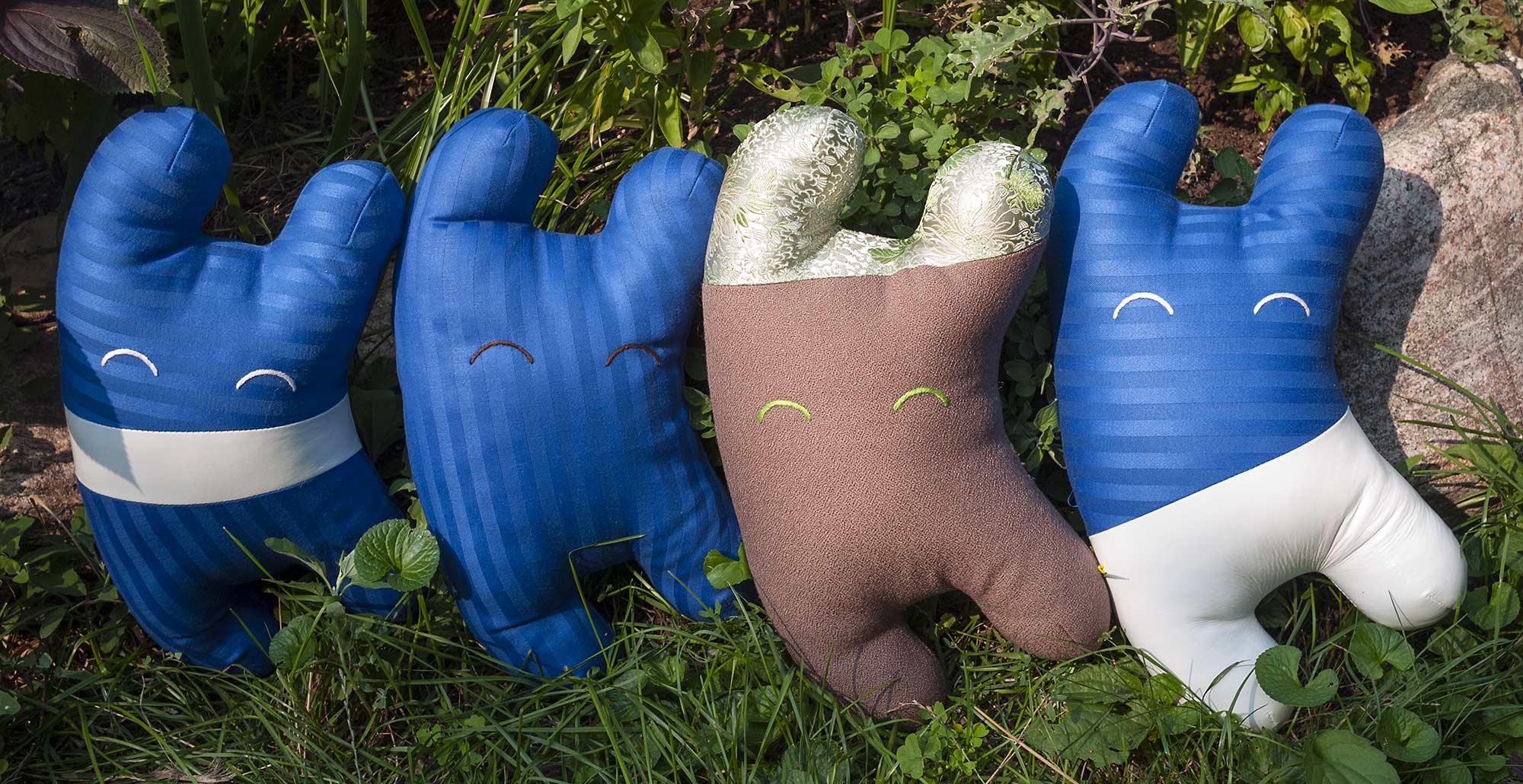 Happy Sleepy is proud to be part of the Gifting ex