Paintings, animation, and installations. Since 2009 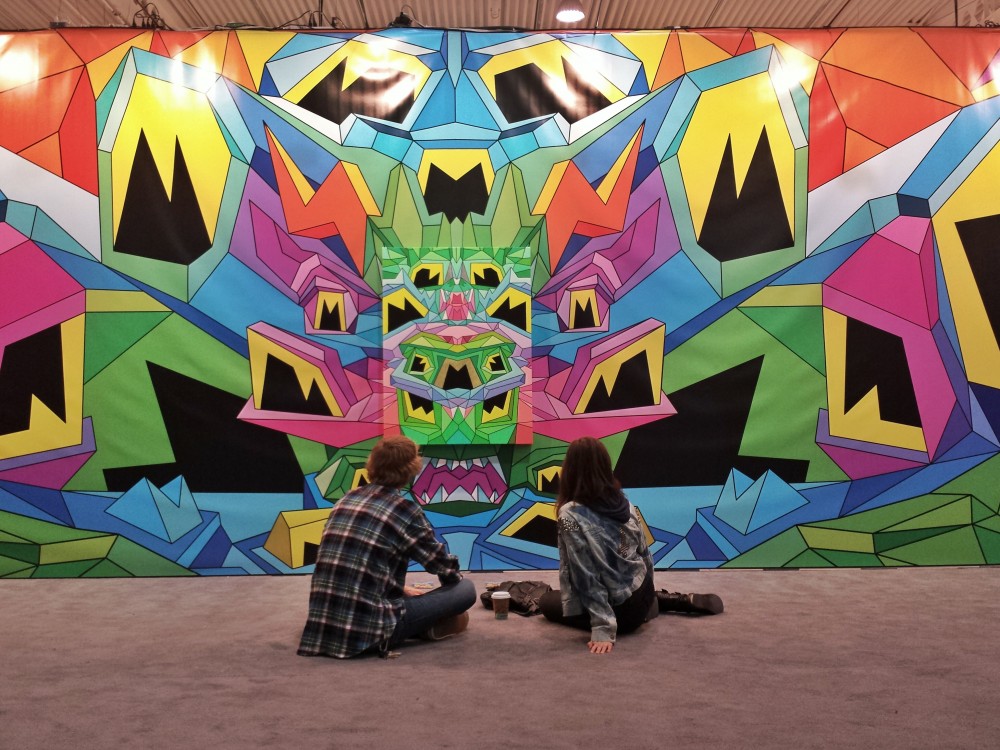 The Crystal Kings are a colorful and geometric allegory of willpower and creativity – these creatures are beings of pure imagination and intention that have willed themselves into being the way crystal grows out of seemingly bare rock.

The Crystal Kings were first shown in Let's Glow, an exhibition at the Kitchener Waterloo Gallery in March 2012. A new, hybrid set of four paintings was made in 2013, followed by a very large scale installation of vinyl banners and painting in 2016 for the Artist Project front entrance winning competition entry.

This set of paintings used a hybrid process of printing just the colours on canvas and mounting on stretchers. Those colors that could not be produced by the printer were then painted by hand. 22 karat gold foil and aluminium foil (for the "silver") was also added. At the end, all the black lines are painted on freehand with a brush.

The original Crystal Kings are painted with acrylic gouache, pearlescent, metallic and day-glo paints, and feature an ultra matte black gouache that makes them seem to be painted on black velvet. The effect is super flat and very matte, and the colors are very bright. The effect is true flat gouache and some people mistake the medium for inkjet.